The Securities and Exchange Commission (SEC) approves proposals for new rules requiring corporate insiders to wait for a certain amount of time before buying or selling stocks. These changes come in response to recent high-profile insider trading convictions, as well as an increase in awareness about the dangers these types of crimes can pose on both investors' finances and overall market stability.

The approval comes as the government looks at ways to combat financial crimes such as insider trading, among other measures. The purpose of these measures is to tackle the growing problem of financial crimes within our economy where people who have access know inside information about upcoming mergers, acquisitions, bankruptcies, etc.

The IAC (Investor Advisory Committee) advises the U.S. SEC to take the necessary steps in establishing meaningful guardrails in adopting, modifying, and canceling the Rule 10b5-1 trading plans.

The Investor Advisory Committee suggests that the SEC take the subsequent actions:

Conditions for the protection of "Affirmative Defense":

From the discussion, it is clear that although the redeeming shareholders and sponsors often excel in SPAC, average retail investors have no understanding of SPAC's costs and risks.

SPAC is a company or entity that raises funds through an IPO (Initial Public Offerings) to use the profits in acquiring other companies in the future. Unlike previous years, a SPAC doesn't have any commercial operations during the IPO.

For this reason, SPACS are also known as "shell" or "blank-check" companies.

Special Purpose Acquisition Companies, or "SPACs" as they are often known, have been a recent trend in the United States. SPACS firm's initial intent was for acquisitions that would otherwise not be possible due to size constraints and other limitations with existing legal structures.

However, investors are currently using this vehicle as an alternative way of gaining access to new markets while also protecting themselves from potential negative impacts on their investments.

The committee recommends an increase in focus on the disclosure requirements like roles of SPAC sponsors and "plain English" in the registration statement of the SPAC. In addition, the committee recommends the SEC take the initiative in preparing and publishing an analysis of all the players in several SPAC stages, their incentives, and their compensation.

One way to improve disclosure is to require the issuer to provide a table showing the cost per share subject to a certain redemption level, parallel to the net worth that the IPO prospectus covers. This allows you to understand the effect of the dilution of the de-SPAC.

The chairman says the committee intends to revisit SPAC governance and offer more suggestions for reforms when additional data emerge.

The IAC trusts that adopting all the above recommendations will improve the success of Rule 10b5-1 plans meaningfully and protect investors, enhancing the integrity and transparency of capital markets.

Compliance Need to Know: “It Doesn’t Happen….Until It Happens,” Cyber Security, Part I 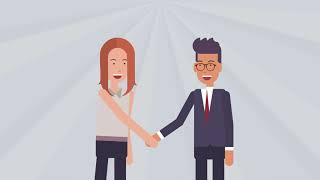 FINRA Reviews the Use of Social Media Influencers

Schwab Requires RIAs to have E&O and Cyber Liability Insurance

Exaggerated Credentials - What To Look Out For?